Another win for BC Tech Startups in an Already Record-breaking Year.

Vancouver, BC: Encepta Corp, an Alacrity Canada portfolio company that provides infrastructure solutions to telecommunications, utilities, and municipalities across Canada, announced that it is the latest BC-based and founded tech startup to see success. 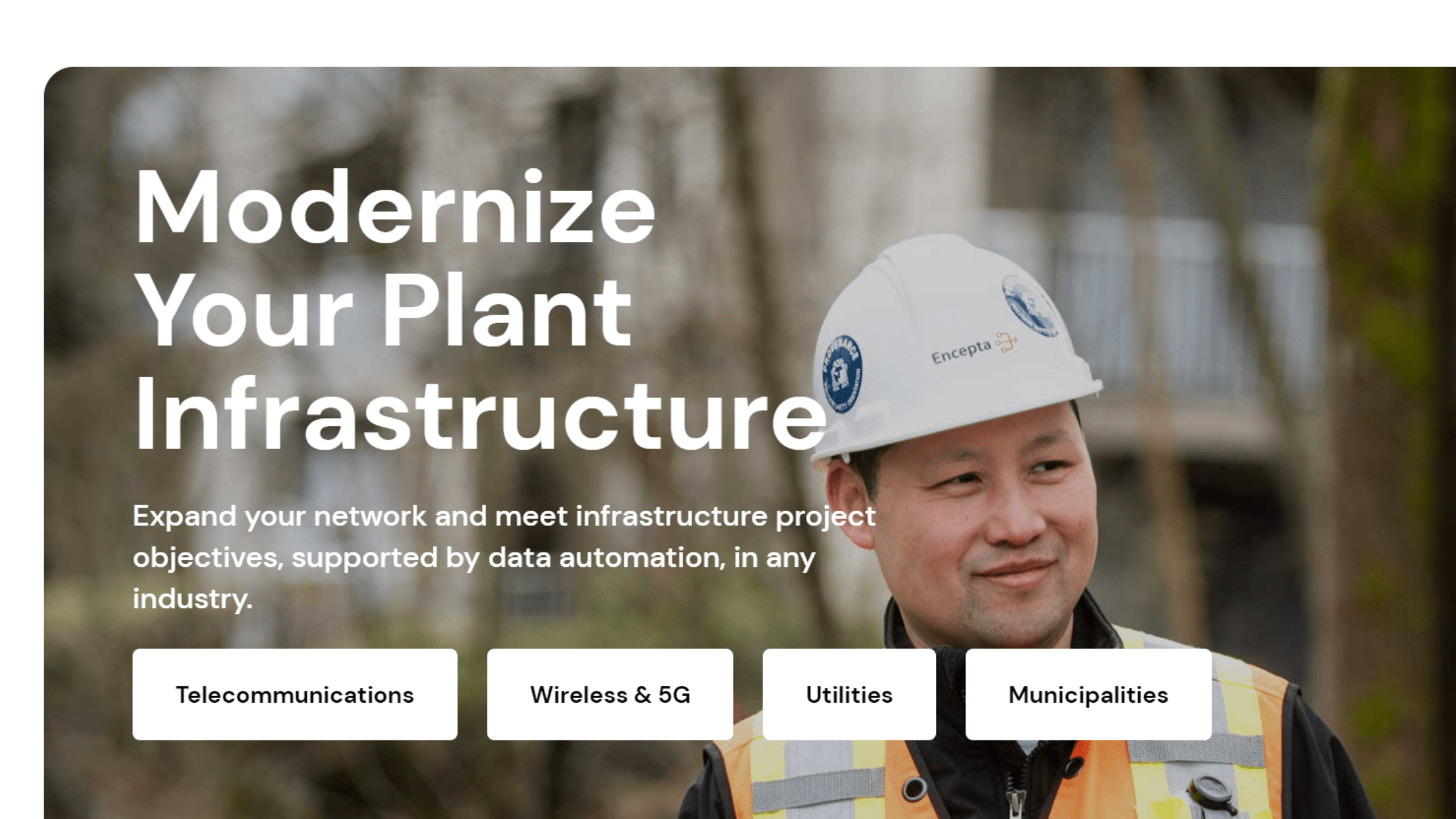 Creating over 300 jobs, the Encepta team has grown steadily and brought in millions of dollars of revenue since its launch in 2012. This is no small feat considering its early start 9 years ago at Alacrity Canada, where CEO and co-founder, Devan Bouchard, joined as a recently graduated engineer. Shortly after joining Alacrity’s Entrepreneurship program, he noticed a demand for more efficient and forward-looking infrastructure solutions that better-leveraged data in decision-making processes for telecommunications companies and municipalities. This observation led Devan to team up with Hadi Firouzi and build what would become Encepta from the ground up.

“As an engineer, I have an appreciation for how important the foundation of any structure is, and Encepta started with Welsey Clover and Alacrity supporting us in the marketplace and supplying all the shared startup services.  We wouldn’t have been successful at launching if it wasn’t for the supportive family-like network around us and the close links with our sister startup companies, which was invaluable for me as a founder, especially in the early days where we were doing everything for the first time.” – Devan Bouchard, CEO and Co-Founder at Encepta Corp.

Encepta’s exit from Alacrity Canada and change of shareholders confirms the power of Alacrity’s demand-driven approach and the incredible potential that tech startups in Western Canada have in creating nationwide solutions. In this case, the tangible strengthening of Canada’s telecoms infrastructure as a whole. Moving forward, Encepta remains Canadian-owned and will operate as an autonomous corporation with independent management and no changes to day-to-day operations.

About Alacrity Canada: Alacrity Canada is based in Victoria, BC, and facilitates success and economic growth in the Western Canadian technology sector by providing support and entrepreneurial mentorship to promising entrepreneurs. In addition, Alacrity Canada finds and connects these individuals with the venture capital funding needed to develop thriving local tech companies. As a result, Alacrity Canada has brought in over $379.6 million of investment into BC, assisted in $75 million of local acquisitions and exits, generated 164+ million revenue into BC companies.

[vc_row][vc_column][vc_column_text] A people-driven success secures Certn’s position as a top fund-raiser for a tech...

Marketing in Cleantech with First Light Technologies and Ocean Diagnostics

A Year in Review: Alacrity Canada in 2020

[vc_row][vc_column][vc_column_text] A year of the unexpected, some challenging, and others inspiring, here is a...