Altruistic by nature. Successful
through nurture.

The word “alacrity” means brisk and cheerful readiness. Propelled by this definition, we help existing B.C. businesses either digitize or build. Alacrity works with local and global strategic partners to connect entrepreneurs and startups in Western Canada with investors. We also invite startups from outside Canada to relocate to B.C. to further stimulate and amplify economic growth in the region.

Alacrity Canada has contributed to B.C.’s technology ecosystem by offering innovative initiatives that address the ever-evolving needs of the world’s tech economy. Alacrity has collaborated with governments at all levels to empower business owners and entrepreneurs and has helped many gain recognition globally for contributions in their fields. This recognition has helped to establish B.C. as a hub for technology, research, and development on the international stage. The organization continues to focus on the fields of Internet Security, Data, Clean Technology, Artificial Intelligence, and Digital Adoption, in alignment with observed global needs and trends.

Tap into the global ecosystem 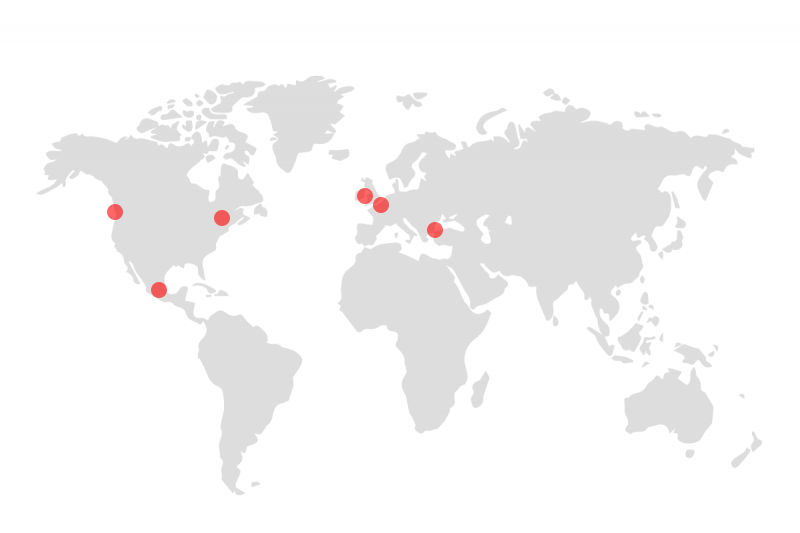 Inclusive and diverse, Alacrity relies on the ingenuity and intuition of its bright and hungry team, and encourages its players to explore ideas and opportunities that they’re passionate about. This organic approach has proven to produce unique and exceptional programming.

As CEO, Richard manages the operation and strategic direction of the Alacrity Foundation. As a team member, he advises multiple portfolio companies by contributing to investment decisions and connecting them to potential partners and investors.

Richard is one part visionary, one part diplomat. His role requires him to turn his attention forward, in search of meaningful opportunities and partnerships. Focussing on those that add value to Alacrity’s portfolio of companies, and evolve Alacrity’s scope and goals. In parallel, Richard hones in, sourcing and working alongside the next generation of tech leaders. He has shown great success in assembling teams, and leading them into strategic alignment, through pitfalls, over hurdles, and into the light.

Over the past few years Richard has also led the effort behind the Alacrity Investor Readiness Program, which has brought more than $220M CAD of investment into the B.C. technology ecosystem; and spearheaded the initiative behind opening Alacrity’s Shanghai office, meaning cross-border opportunity and investment.

Richard holds a B.Com in Entrepreneurship from Royal Roads University and a MBA from the University of Victoria with a specialization in real estate, venture capital and finance. He has also spent 10 years involved in real estate development in various capacities: as a builder, project manager, and investor, across Western Canada and the USA. Beginning in 2005, he began managing a $40M+ budget for a 74 lot subdivision project in Kelowna, B.C. to successful completion. He continues pursuing real estate projects in Victoria by developing and providing unique work spaces to the growing local technology community.

While Richard is immensely proud of the results and impact his team has achieved in the last decade, for Richard, Alacrity is just getting started. Being an entrepreneur at heart means that he is invigorated by newness and being ahead of the game.

Alongside his work at Alacrity, Richard is a founding investor and managing partner of Cindicates Investment Fund , is on the board of Directors for Capital Investment Network, among others; and volunteers for the Power to Be Charity and Hero Work.

Chris’ background in program management, startup operations, business management, strategic planning, e-commerce, sales marketing and grant application, makes him the perfect lead for Alacrity’s Start-up Visa Program. One which targets aspiring foreign entrepreneurs who wish to establish new, high-growth businesses in Canada. In two short years, Chris has ironed out a roadmap for entrepreneurs to acquire visas and set up their businesses in British Columbia – all with the intention of growing B.C’s tech ecosystem.

While at Alacrity, Chris has helped secure $4M+ in funding for programs, supported 20+ startups in a “hands-on” capacity, managed and supported 5 Programs, produced tech related events, and has formed strategic partnerships with different vendors and service providers.

Prior to joining Alacrity Canada, Chris studied at the University of Victoria where he received a Bachelor of Commerce with a specialization in entrepreneurship and marketing.

Chris is dedicated to empowering and growing B.C.-based startups, Global startups, and entrepreneurs through a variety of programs and resources.

As Vice President of Operations, Golriz works with internal and external stakeholders to support access to funding for programming and education. She also acts as our head recruiter, and is our culture enthusiast, providing a safe space for collaborative efforts.

Golriz holds a BA from Simon Fraser University and is a seasoned Operations Manager with over 15 years of experience in Retail, Recruitment, Research, Non for Profit, Fundraising, Small Business, and Entrepreneurship. Her areas of expertise are People Management (HR), Recruitment, Government Relations and Grant Writing. Something Alacrity Canada does a lot of in order to fund our Programs and Initiatives. Before Alacrity, Golriz worked in research within the recruitment industry as a Project Manager. Prior to that, she worked as a junior estimator in a construction company as well as a store manager for Starbucks – where she first realized how good her people skills were.

Golriz is a dedicated project manager, delivering exceptional programs through various Alacrity initiatives, including the launch and expansion of the Entreprenurship@Alacrity program in 2009. Currently, Golriz works with the Digital Marketing Bootcamp team and the BC Cleantech Initiative group on a number of program offerings, including the delivery of the Recycled Plastics Manufacturing Stimulus Fund. Golriz is also in charge of reporting to the government and funding partners for the above mentioned programs.

She is actively involved in building and growing the Equity, Diversity and Inclusion principals at Alacrity, bringing that focus to all portfolio companies, and is a member of Canadian Accelerator Incubator Network.

Sofia has completed Alacrity Canada’s Digital Marketing Bootcamp and holds a BA in Administration, for both Business and Theatre Management. With her experience in Event Planning, Project Coordination, and Administration, she has fine tuned the ability to communicate and multi-task. These skills developed by managing various programs, events, shows, festivals and workshops for non-profit organizations across Canada.

Sofia helps oversee the Start-up Visa Program, supporting tech startups from around the world establish their businesses in Canada. She has assessed and supported over 100 international tech startups entering the Canadian market. She has also had the opportunity to support the Launch Online Program team in administering $42 million in grants to small businesses.

Sofia was attracted to Alacrity Canada due to its culture, work environment, its community, and how innovative she found the projects Alacrity Canada runs. She means to continue to expand her own skills and knowledge within the tech industry and support the success of Start-up Visa companies from start to finish. Her ultimate goal is to build opportunities for women in tech to succeed.

Alongside her career at Alacrity Canada, Sofia supports Power To Be by doing grant research and processing data from fundraisers and campaigns. This charity works to remove cognitive, physical and social barriers to the outdoors.

Simon manages Alacrity Canada’s financial and operational matters. His nine years of experience in taxation, assurance, infrastructure and energy, non-profits, and start-ups has led him to develop a wide spectrum of skills, which he contributes to Alacrity and its associated entities.

After completing a Bachelor of Commerce, specializing in Finance, at University of British Columbia, he subsequently completed a CPA designation. Previously, Simon provided financial services to large-scale infrastructure projects with assets in excess of $100M. Simon now sits as controller of the Alacrity Foundation and a number of the portfolio companies with which it is involved.

He also acts as the administrator of multi-million dollar Federal and Provincial government programs by allocating these funds to Alacrity Foundation and unrelated third parties, subject to government criteria.

Simon has found his home here at Alacrity, not only because of the interesting projects and companies which require his tactical diligence, but also because of the people with whom he gets to work with daily.

Hannah helps oversee the Start-Up Visa Program by supporting tech startups from around the world establish their businesses in Canada. Within the program, she assists portfolio companies with marketing initiatives, graphic design, program management and more.

Hannah has 5 years of experience primarily in Marketing, Business Development, and Customer Service. She is a creative marketing professional with experience in driving company growth through forward-thinking and innovative strategies. She’s acted as a Social Media Manager in several verticals: start-ups; non-for-profits; content education companies; and production agencies.

Hannah’s aim with Alacrity’s Startup Visa Program, is to support its portfolio companies by utilizing the myriad of her experience, and to capitalize on her Customer Service skills to nurture relationships in order to yield high-value and tailored support to each of them.

In 2018, she spent some time teaching English in Taiwan at Da-Feng Elementary school in Taipei, and hopes to return to the city once global pandemic restrictions return to “normal”.