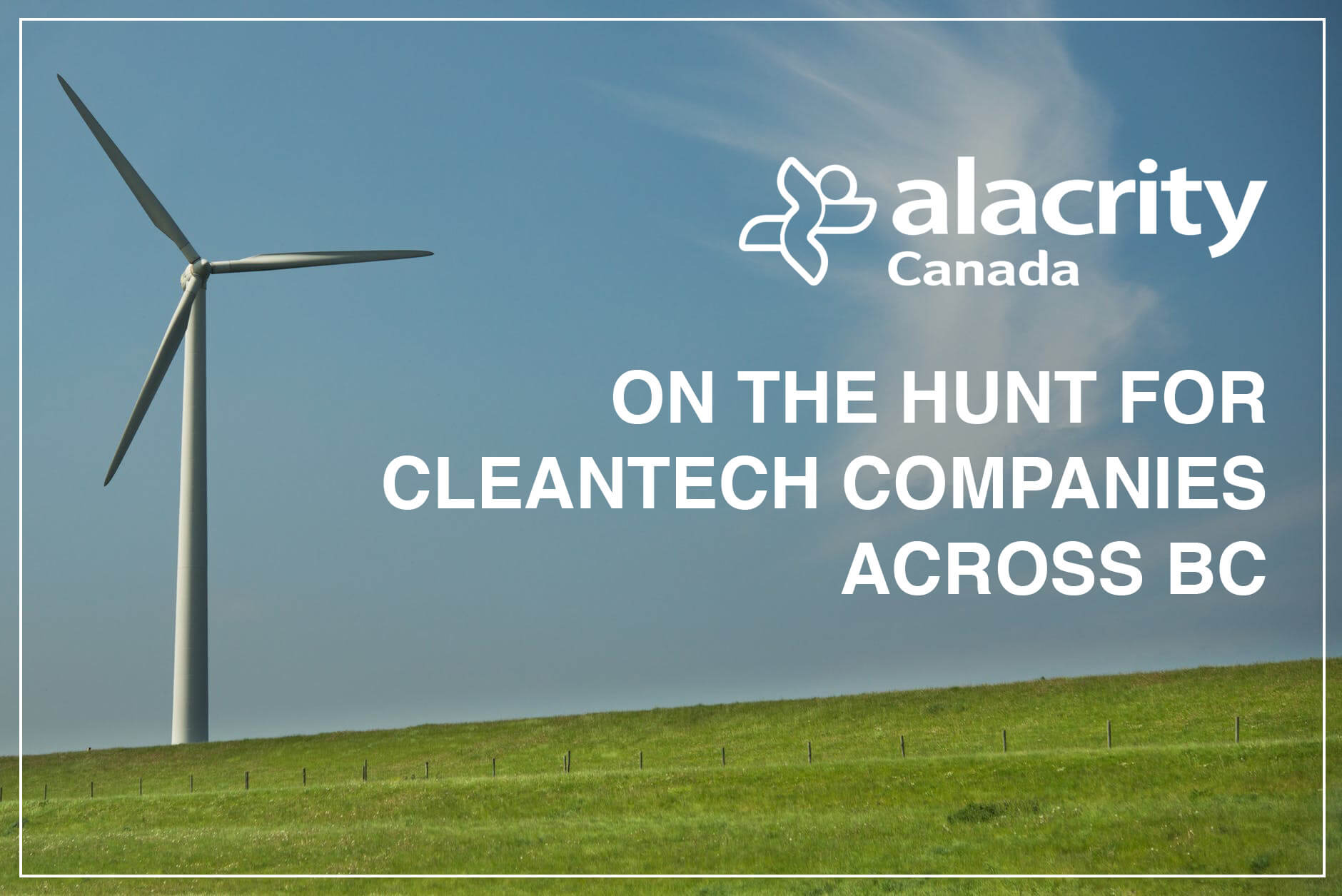 Alacrity Canada on the Hunt for Cleantech Companies Across BC

Alacrity Canada is scouring the province for the next big things in the clean technology sector that can apply B.C.-grown tech to international problems.

Funded in part by the federal and provincial governments, Alacrity’s Cleantech Scale-Up Program hopes to be able to find solutions to problems such as sourcing and storing renewable energy, biomass conversion, water use and recycling systems in regions around the world.

Projects Alacrity has identified — there are 40 at this point — are looking for immediate attention, with the hope of being completed within the next year.

Richard Egli, managing director of Alacrity Canada, said it has identified issues faced by groups and countries around the world and now want to find the B.C. companies that may be able to tackle the problems.

“I think we will be able to get at least 10 meaningful pilot projects on the ground in some regions that could lead to [millions] in export revenue and could lead to more investment in B.C. companies,” he said.

The program intends to exploit Alacrity’s global reach. The not-for-profit foundation, which finds investment for and promotes young technology companies, has 10 global branches in places as far afield as China, India and Mexico that give British Columbia companies a window on the world.

“The biggest factor is they are able to access some international markets they wouldn’t normally have access to.

“We are fast-tracking these companies’ ability to sell into these markets without having to have a sales person on the ground in these regions,” said Egli.

Alacrity, which already has those feet on the ground around the world, has spent the last year and half working its network to identify challenges as well as potential projects that could mean millions for British Columbia firms.

“This is access to customers who are ready to buy,” said Egli, noting in the last year alone they have helped attract nearly $10 million in investment for companies in the program.

Egli said the kinds of companies that will be able to take advantage of the program are those that have a proven concept and product and can handle a customer from start to finish.

“That business has to be able to trust the smaller British Columbia company, that it can do what it says it is going to do,” he said.

Alacrity is also looking for partnerships with governments and non-governmental organizations that can help participating companies navigate local regulations and access more capital.

Companies interested in getting involved in the program or investors, government agencies and NGOs wanting to work with the foundation can contact Alacrity via email: info@alacritycanada.com

Our latest podcast series is called “Cleantech Talk”, focusing on the growing cleantech sector. We’ll be talking to CEOs of cleantech startups, as well as…

What Made 2019 a Memorable Year for Alacrity Canada

Another year is almost over and a new decade is just on the horizon. Here’s a look back at what has made this year a…

Today’s episode of Between 2 Term Sheets brings us a conversation between host Owen Matthews and Jason Kryski, CEO at Strawhouse, a media capital agency…