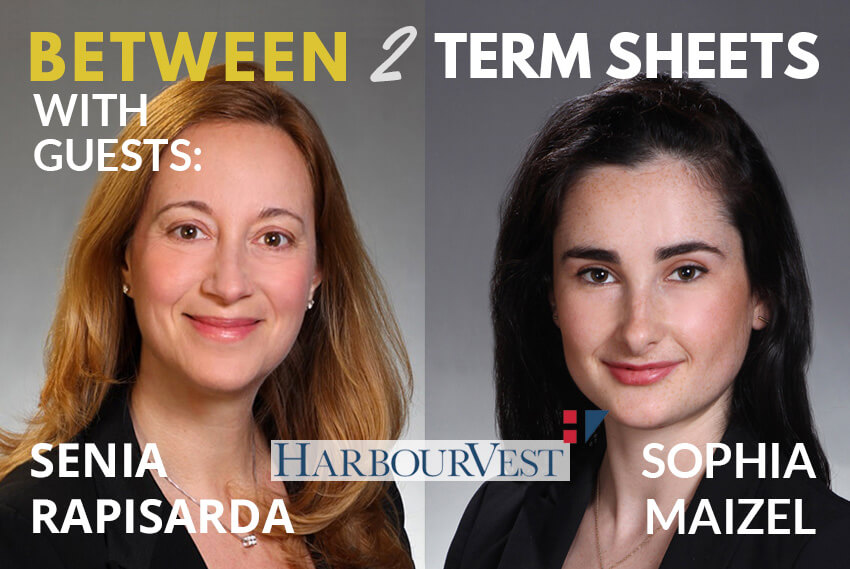 Listen to this episode to hear Senia, Sophia and Owen discuss:

HarbourVest is an independent, global private markets investment specialist with more than 35 years of experience and more than $50 billion in assets under management. HarbourVest offers clients investment opportunities through primary fund investments, secondary investments, and direct co-investments.The HarbourVest team has been investing in the private markets for over 30 years and has more than 400 employees across Asia, Europe and the Americas. Together they have committed more than $34 billion to newly-formed funds, completed over $19 billion in secondary purchases, and invested over $8 billion directly in operating companies.

Previously on “Between 2 Term Sheets”
Episode 1: Tom Williams (Angel Investor & Founder) and Will Fraser of SaaSquatch

Episode 6: Bruce Croxon of Round13 Capital