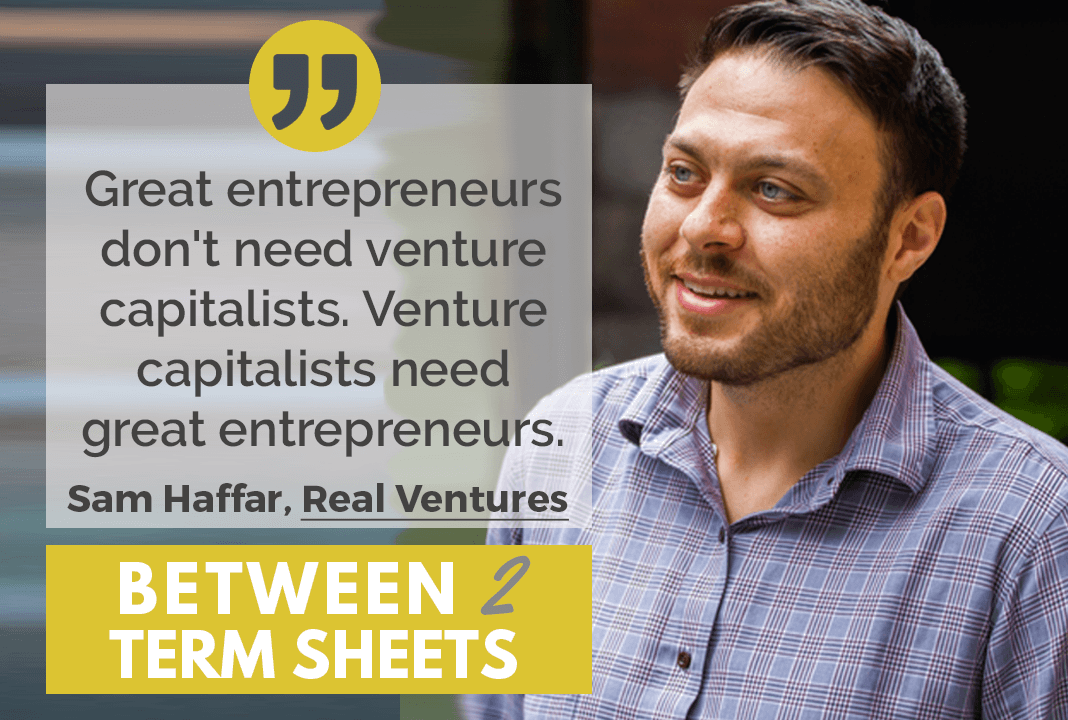 Listen to this episode to hear Sam and Owen discuss:

Sam Haffar is a Partner at Real Ventures responsible for working with founders on all aspects of their business: from organizational development, product strategy, to series A fundraising, growth and scale initiatives.

Sam’s background involves 15 years of experience in technology, and includes joining the founding team at Chegg (a leading education technology company that went public in 2013) and leading growth, marketing and sales teams in the Silicon Valley. Combined, his startups have raised well over $200M from VCs.

About Real Ventures
Real Ventures, launched in 2007, is an early stage venture capital firm in Canada that has invested in 150+ companies and grown a network of 1000+ founders. Real tends to invest throughout the life-cycle of early stage companies, and provides stage-appropriate capital and support for the founders it backs. Their partners are based out of Montreal, Toronto and the US.

Real has raised over $300M across 5 early-stage funds, witnessed Canada’s transformation into the home of multiple top-20 global tech hubs, and seen the Valley’s best VCs jumping on flights from SF & NY to Canada to back industry-defining companies.