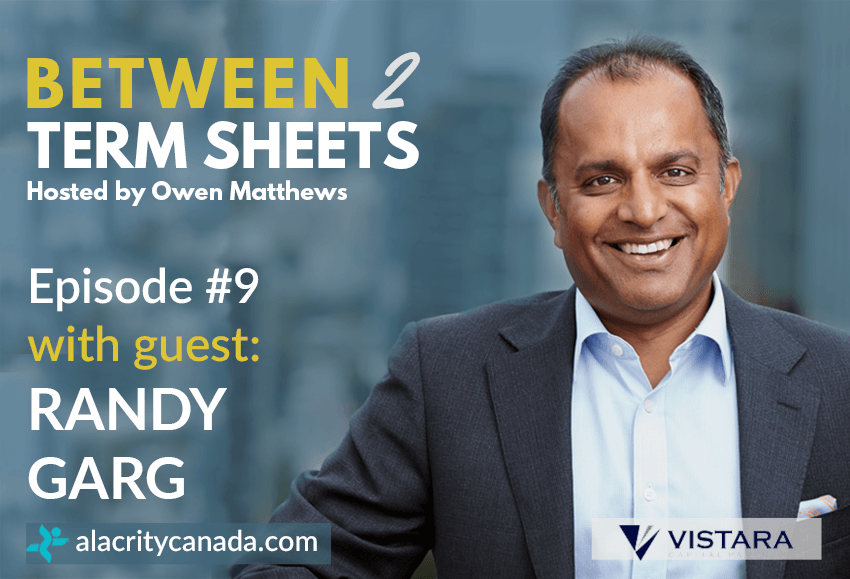 Listen to this episode to hear Randy and Owen discuss:

Randy has over 25 years of experience in venture capital and private equity, debt investing, corporate finance and M&A. Prior to Vistara Capital Randy was Managing Partner of Beedie Capital Partners, principal at Discovery Capital, and Managing Director of the Western Canadian technology practice at PwC Corporate Finance.

About Vistara Capital
Headquartered in Vancouver BC, Vistara Capital Partners provides highly flexible and tailored debt financing for tech companies across North America. Founded, managed, and funded by seasoned technology finance and operating executives, “Vistara” (Sanskrit for “expansion”) is focused on enabling the growth and expansion of its portfolio companies.

Previously on “Between 2 Term Sheets”