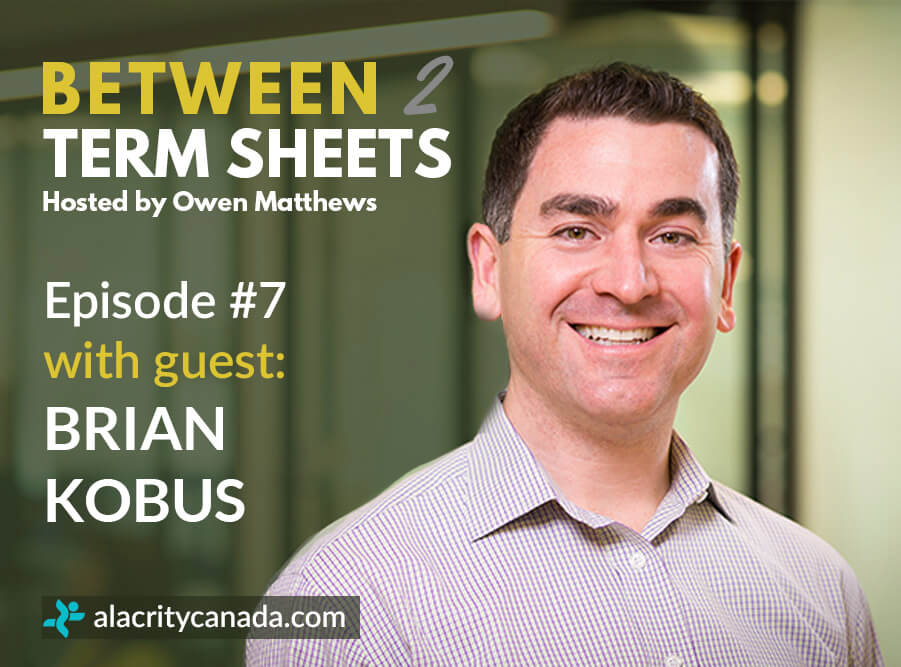 Listen to this episode to hear Brian and host Owen Matthews discuss:

Brian Kobus is a Partner at OMERS Ventures responsible for contributing to the identification and execution of investment opportunities in the Technology, Media and Telecommunications (TMT) sectors.

Brian has over 15 years of experience in the areas of technology, venture capital and finance and has held roles at ScribbleLive, Summerhill Venture Partners, Morgan Stanley and Bell Canada Enterprises.

About OMERS Ventures
Launched in 2011, OMERS Ventures is the venture capital investment arm of OMERS, one of Canada’s largest pension funds with over $95 billion in net assets. OMERS Ventures is a multi-stage investor in growth-oriented, disruptive technology companies across North America.

Over the last five years, OMERS Ventures has invested more than $340 million of capital in nearly 30 disruptive technology companies across North America. OMERS Ventures now has a total of $800 million of assets under management.