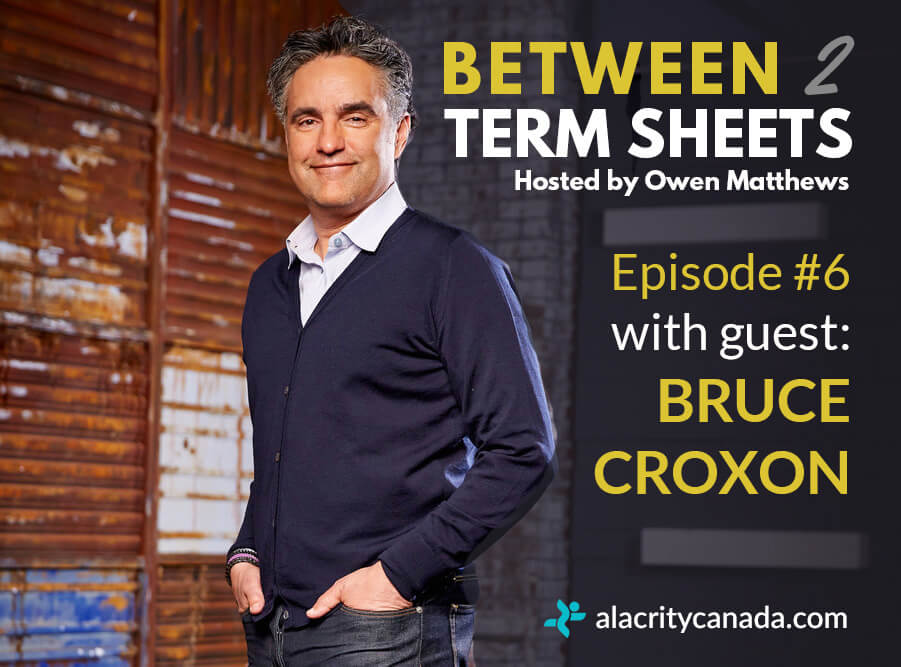 Episode 6 of Alacrity Canada’s “Between 2 Term Sheets” podcast features an exciting conversation with co-founder of Round 13 Capital, co-host of The Disruptors on BNN, and former dragon from CBC’s Dragons’ Den – Bruce Croxon.

Listen to this episode to hear Bruce and host Owen Matthews discuss:

Bruce is a Canadian entrepreneur, television personality, and venture capitalist. Bruce spent the first half of his career piloting Lavalife from infancy through to its sale in 2004 for $176 million. He is currently a partner at Round13 Capital and co-host of BNN‘s TV show, The Disruptors.

About Round 13 Capital
Round13 Capital is a Toronto based growth-stage venture capital firm that invests in Canadian companies with the potential of becoming monster hits. They don’t just write cheques and then drop-in quarterly for a performance review. Their interest is in working with you to get you as big as fast as possible.