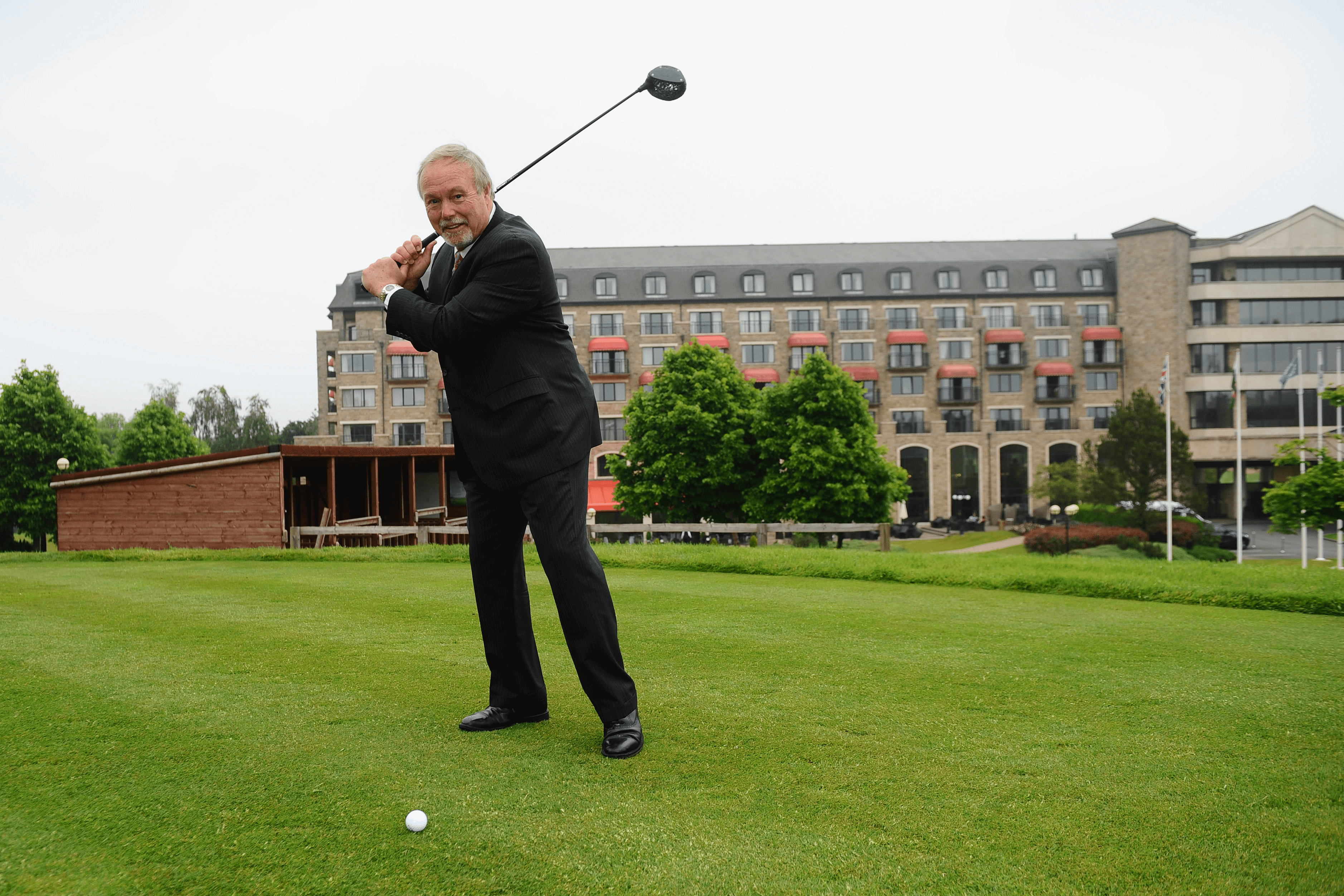 For almost five decades Terry Matthews has been at the forefront of Wesley Clover. Terry left the UK in the late 60s and started his first enterprise in Ottawa in 1972: importing silent electric lawn mowers from the UK.  The lawn mowers didn’t arrive on time – lesson number one – get your timing right! You can’t sell lawn mowers in Canada in the Winter. The trajectory for the company quickly changed as Terry, with his partner Mike Cowpland formed Mitel, a technology consulting company which soon took to making tone receivers and integrated circuits – and then developing new software-driven private switchboards (PBX). After a decade of extremely rapid growth, Terry sold his stake in Mitel to British Telecom. He then built a networking technology business called Newbridge Networks – and sold it to Alcatel in 2000. Terry has formed and sold multiple successful businesses, and invested in a number of spinoffs and start-ups, earning him the title of “serial-entrepreneur” and sometimes “super-angel”. 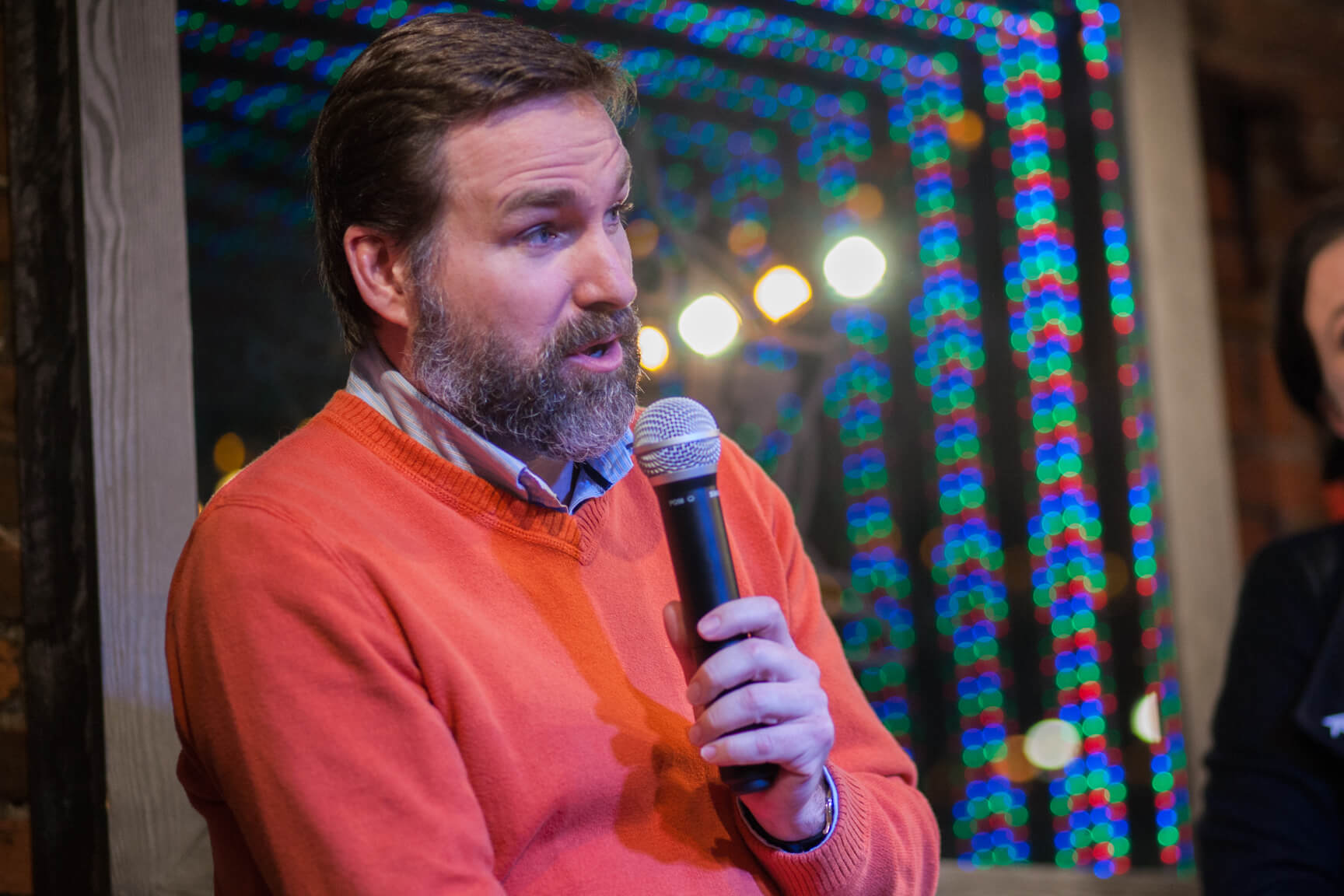 Terry’s son Owen takes after his father when it comes to his business sense and entrepreneurial spirit. Owen enjoyed working at Mitel and then Newbridge Networks – soldering circuits when he was only 10 years old. He left Ontario to attend the University of Victoria, and once settled, he never looked back. Owen started a successful telecommunications software company in 1998, which he sold to CounterPath Corp of Vancouver in 2007. Owen has since founded and been at the forefront of Alacrity Canada, which was organized in order to help nascent entrepreneurs get on their feet. He works with a number of government and industry bodies to support the rise of the local technology scene in Victoria.

Both Terry and Owen have witnessed how the evolution in digital technology has led to transformations in the way business is conducted. Terry and Owen recently discussed their personal opinions and ideas surrounding some key business concepts: gathering potential customer feedback, overcoming competition and staying closely engaged with the client audience.

Terry: When planning to start Mitel I travelled near and far to learn about potential customers, their needs and feedback. I held round tables, took copious notes and made sure I let my clients know I was listening to them. I believe in pen and paper. It’s much easier to let someone know you are listening to them if you look them in the eye and write by hand, rather than hide behind a laptop. The notes I took helped Mitel produce more than what the competitors could offer and became the foundation for solid relationships. The company was able to develop a new software-driven PABX called the SX200.  The first global product in that category.  Mike designed and delivered the system and I delivered the requirements.  A great team that took the company to a valuation of over $2B.

Owen: These days we strive to build those same solid relationships and connection with consumers and their needs as my dad did years ago, but on a much larger and quicker scale. Today customer feedback needs to be collected through data analysis rather than through meeting people and potential clients one-on-one. Individuals share enough information about themselves online, from what they read, access, eat and consume, that businesses no longer need to meet all customers in person. Talking to people and building individual relationships is important, but we cannot ignore the enormous opportunity that digitization has brought with it.

Terry: Overcoming competition relies heavily on being able to listen to customer demands better than your competitor and making sure that you know the competition well. Growing a successful business is all about building relationships – with the team members, with clients and potential clients and with the supply chain – not to forget government industry and export departments, banks, insurance and accounting firms. The first Mitel products were successful mainly because they did so well to cover more corporate customer demands than the competition. To get to market Channel Partners are vital!  I took my copious notes from customer meetings to the Mitel team and gathered their input and buy-in into the process. What followed were product adjustments and new developments. Knowing that a customer is in need of a solution and delivering it quickly before the market changes is critical to early stage technology companies.  The larger that a competitor company is, the slower their ability to make changes and the more they have to lose from changes in market requirements.  They have what I call “Baggage” – an important thing to remember if you have a new company.

Owen: The size and speed of competition has increased dramatically since the 80s. Talking to people and taking notes is limited by what an individual can do. It doesn’t match the scale of customer access companies are competing for. At the end of the day, if you are able to access information about a potential customer there’s no reason why your competitors aren’t accessing that information as well. You just need to be gathering a lot more information in a lot less time. Companies need to look for aggregate consumer demand information to gain insight and decide what works. Discussion with individual clients are useful for understanding context and generating ideas, but you won’t find success without the detailed data analytics from a huge number of data points.

On staying engaged with your audience:

Terry: Producing quarterly reports is imperative, even when you are just starting to build out your company, your product. Using simple English and leaving out acronyms allows a wide audience of people to be able to understand the business and your product and know what’s going on in the ecosystem that you are building. They can follow the progress of the company and become educated about the sector and line of business. This way a potential client or investor will already have an idea of what’s going on.

When you produce quarterly reports the interested and friendly audience can expect another report to come out the next quarter for an update. There are few people on the planet that throw money over a wall and expect it to grow. All employees, family and friends, plus investors and potential investors want to know what’s going on and how their money is being applied and growing.  Somewhat like a serial on TV, the stakeholders and friends want regular updates and then they can support the team.

Owen: Content marketing is leading the way when it comes to digital customer acquisition. Having a strong marketing strategy of blogs, videos, photos, infographics, news updates and opinion editorials is what educates the audience and team members. People want to know what happens behind the scenes and content marketing is what brings that information to people on a larger scale than individual conversations can. I have seen countless examples of this strategy growing businesses that were largely based in the past on face-to-face sales only. By analyzing the engagement with your content you can gain incredible objective and data driven insights into your products and growth potential.

Both Owen and Terry Matthews come from a successful background of entrepreneurial initiatives growing technology companies from scratch. They share the same goals: starting, growing, sharing and often selling innovative technology companies that lead to an economic upside, a positive impact on their local communities. They are both passionate about business and see tremendous value in the gathering of customer feedback, overcoming competition and staying engaged with the audience.  In many ways this is about generating “Customer Pull” rather than “Vendor Push.” However, technological advancements have led them to adopt slightly different methods for achieving success. As Terry said, having a better understanding of customer needs and building relationships is the key to outperforming competitors. While Owen agrees with the importance of understanding customer needs, he believes you need to take advantage of available technology for digital customer acquisition or you will fall behind against your competition.