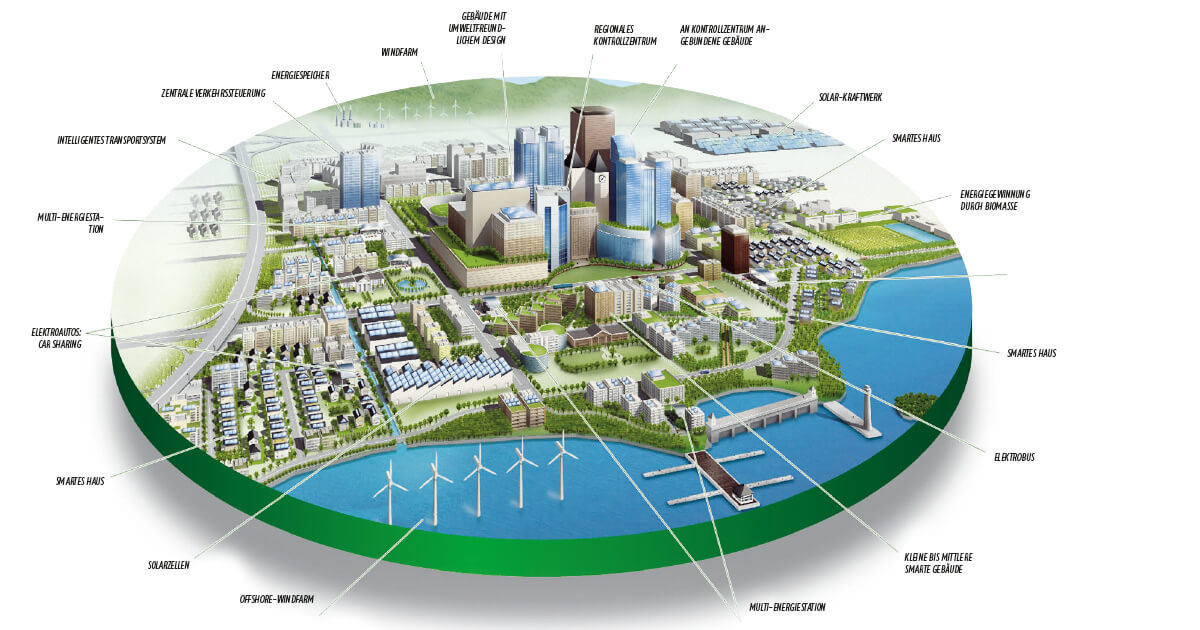 The DMIC is a slow-motion economic earthquake the world’s tech community needs to pay attention to.  More than any other project in memory, this massive infrastructure project will reshape a region, and global IT development.

As a country with immense potential in terms of resources and innovation, India is quickly establishing itself as a global emerging tech market. While Bangalore is currently the country’s largest tech hub, other cities are quickly catching up. Mumbai, once known as Bombay, is one of those cities, currently boasting the third biggest startup ecosystem in India.

Over the last few weeks we have been discussing known hubs such as Bangalore and Delhi, and emerging ones such as Pune.  As one of the world’s largest cities, Mumbai is often strangely when discussing global tech hubs.  More exciting that even Mumbai is the DMIC project, whose success is likely to reshape the entire planet’s tech scene.  Read on, and you’ll quickly realize why this is not just hyperbole.

In the last 5 years, Mumbai’s startup ecosystem has quickly grown into one of the key markets to watch. According to the 2015 edition of the Start-up India reports put out by NASSCOM, India’s National Association of Software and Services Companies, Mumbai’s startup companies accounted for 17% of all of India’s startup activity. Together with Bangalore and Delhi NCR, the top three startup cities account for nearly 66% of startups in India.

Companies in Mumbai focus on three key areas: e-commerce, hyperlocal e-commerce, and aggregators. As the financial capital of India, including the headquarters of the State Bank of India (SBI), ICICI, and Axis Bank. as well as location of the nation’s largest stock exchanges the National Stock Exchange and the Bombay Stock Exchange, it’s no wonder that fintech plays a big role in many of Mumbai’s startups. The city also boasts being home to giant conglomerates like Reliance Industries and Tata Group.

Mumbai also has a strong network of angel investors and VC firms, alongside supporting organizations, accelerators, and incubators. Approximately $1.1 billion was invested in Mumbai-based startups in 2015, with 95% of those investments going towards B2C companies. Bangalore ($1.2 billion), Delhi NCR ($2.3 billion), and Mumbai collectively made up 93% of total investments in India in 2015. Mentorship is also relatively strong in the city compared with other Indian tech hubs, in large part due to the many experienced professionals that are active in Mumbai.

Chandni Jafri, CEO of Mumbai Angels, says “Mumbai is witnessing a giant wave of collaboration between incubation cells at academic institutions and funding agencies. This coupled with collaborations with global incubators, accelerators, and Trade and Investment bodies is setting the stage for Mumbai to emerge as a world class start up hub”.

Although the Indian Institute of Technology Bombay (IIT Bombay) provides a lot of local talent, especially for fintech companies, the city still struggles with finding adequate talent in tech and product development. High real-estate and living costs compared with other cities are another challenge that Mumbai will have to overcome as it continues to grow its tech ecosystem, as is the increasingly congested traffic. However, having an airport right in the centre of the city does facilitate international business connections.

As the Maharashtra government of Mumbai drafts policies to support the growing tech sector, it will no doubt become easier to start companies in the city. Currently, it takes about 30 days to get all of the licenses required, many of which are arguable archaic and redundant.

Establishing and implementing a startup policy that helps new companies get off the ground will be key to the continuing development of the city’s tech scene.

An Economic Revolution on the Horizon

Delhi – Mumbai Industrial Corridor (DMIC) project is one of the most ambitious infrastructure program globally.  With the aim of developing 24 new “green” cities which include 8 new major industrial cities as “Smart Cities” within the next 2 decades, this is not a traditional economic development project.   This is not even just an ambitious infrastructure project, it is revolutionary!  Just the the aim is to build 8 industrial cities of 3+ million people each in the 1500km stretch between the metropolitan centres of Mumbai and Delhi is astonishing! (21 million and 46 million people in each city’s metro area today https://en.wikipedia.org/wiki/List_of_metropolitan_areas_in_India).

The project will upgrade the country’s high-speed freight line, three of its ports, and six of its airports. A 4,000 MW power plant and a six-lane intersection-free expressway will also be constructed, which will connect the country’s political and financial capitals. The DMIC project is already underway and it will cover six states — Rajasthan, Gujarat, Maharashtra, Haryana, Uttar Pradesh and Madhya Pradesh.

As a rapidly developing country, India still makes heavy use of fossil fuels, especially coal. With rapid growth and internal migration, it has worked in recent years to diversify its energy supplies, and to develop less polluting alternatives.  The DMIC project currently underway includes plans to build 24 ‘green cities‘ as part of the development.

To support the development of these new cities, an initial investment of $100 billion USD has been committed to achieve this goal.  With each of the 8 brand new green industrial cities designed to initially support 3 million people each, this represent a 21st century nation building exercise.

Imagine planning for the creation and development of eight cities, each equal or slightly larger than St. Louis, Minneapolis, or Denver?  Imagine that each of these new cities is built from the ground up every 2 years?  It is not until one looks at some of these existing cities, and considers the infrastructure involved that the true scale of the project becomes apparent.

The objective of the DMIC project is to expand India’s manufacturing & services base while developing each of the cities to be a global manufacturing and trading hub. Urbanization is quickly changing the face of India, and existing cities’ infrastructure cannot support growth at the pace experienced to date.  Yet, 21st century economic development models require urbanization to support continued growth in IT and manufacturing industries.

By building eight entirely new, massive and green Industrial Cities, the DMIC project will address chronic infrastructure issues by changing the flow of migration from existing cities that cannot support continued growth, to new locations developed specifically with growth in mind.  Dedicated power plants, water supply, and high capacity transportation and logistics facilities are being constructed in anticipation of the migration.  To further entice migration, and ensure demand for staff is met, funding has been set aside for skills development programs to meet each city’s needs.

We need to emphasize, that what we are discussing is just phase 1 of the DMIC project!

Setting new expectations for economic planners everywhere, the Delhi Mumbai Industrial Corridor is conceived to be developed as a Model Industrial Corridor for how countries around the world will expand their manufacturing and services bases in the future.

With lofty short term goals of tripling industrial output in 9 years, and quadrupling exports in the same period, the DMIC would also require the massive re-development of national feeder rail/road connectivity to hinterland/markets and ports.

One can only foresee that high-speed passenger rail service will also be integrated into the development.  Transporting large numbers of people across the shorter distances between each of these cities (avg 150km / 90 miles apart) is not practical by air, but incredibly efficient and affordable by train.

While to-date India’s tech industry has been primarily focused on building software, with hardware being a much rarer specialization, the establishment of the DMIC is likely to shift this trend as numerous Software and Hardware industries develop throughout the corridor.

Mumbai and Delhi are two of the world’s largest cities.  The rapid modernization of India is surpassing the capacity of the country’s aging infrastructure to keep up with migration resulting from the economic shift.  India’s economic and political leaders have recognized that market demands will only exacerbate the challenge, but have seen the opportunity it presents.  Indian schools produce world class talent in quantities that dwarf any other country.  This talent combined with economic growth driving the population to urban centres is reshaping the country.

India may just be the next real land of opportunity.  The creation of 8 brand new cities averaging 3+ million people each represents a massive undertaking.  Doing so where each city has the IT sector as a focus has the potential to shift the 21st and 22nd century’s IT centre of balance East.